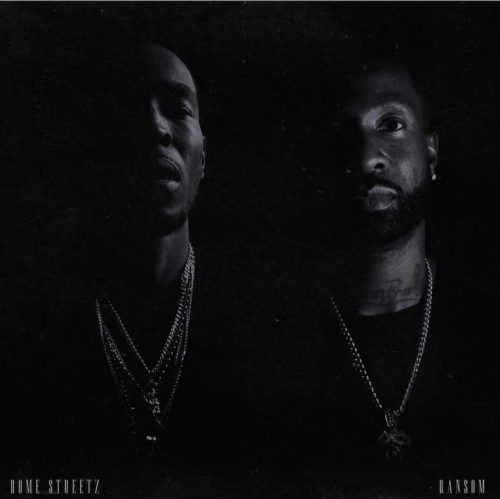 This is the brand new collaborative effort from Ransom & Rome Streetz. One is a TCF Music Group affiliate out of Jersey City & the other being a New Yorker who rightfully earned his spot as one of the latest signees to the hottest label in the world right now: Griselda Records. Both wordsmiths have come together in the past before like “Blackwater” & “Sage or Gunsmoke” off both their latest albums Heavy’s the Head & Razor’s Edge respectively, but have come together to take things to new heights in the form of Coup de Grâce.

“No Remorse” is a symphonic opener about them giving a fuck less whereas the boom bap-tinged “All I Know” speaks on moving a different kind of dope these days. “Rooftop Sermons” brings back the strings with the help of V Don declaring themselves as hood preachers just before “Claudine” with Che Noir vividly details the story of a drug fiend of the same name & eventually tying into the “Fairwells” interlude.

Meanwhile on the Lord Sear-produced “Pray for the Weak”, we have The Game joining Ransom & Rome to provide some rich food for the soul leading into them talking about making it out the mud for “Jet Fuel” with a keyboard instrumental from Animoss. The soul sample “Silent Murders” is entrancing with the duo rightfully boasting about how nice they are while the dusty “Dark Love” gets in their battle bag.

The penultimate track “Bandoleros” with Lou form Paradise & Tyrant weaves in a chilling sample from Nicholas Craven as the quartet compare themselves to that of bandits while “Death Becomes Life” ends it all with some organ harmonies getting on that motivational tip.

Both of these dudes have been putting out their best work all year & you can absolutely add Coup de Grâce onto the list. They have a unique chemistry together, the production is gritty as expected & most importantly: it’s an absolute bar-fest from start to finish.