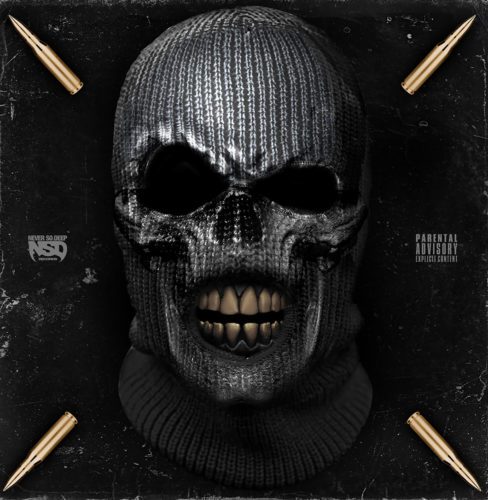 Rev. Fang Gory is an MC from Detroit, Michigan who came up in 2007 off his full-length debut E’ville Dead. This was followed up with The Last Gryndhouse on the Left & A.A.S.K (Afro-American Serial Killer) throughout the previous decade but after a 5-year hiatus, he’s joined Sutter Kain’s independently owned Never So Deep Records & is enlisting him to fully produce his 4th full-length album.

After the “Violence” intro, the first song “Let That Bitch Die” is a rock/boom bap crossover to start off the album quenching for blood whereas “Black Nazi” provides some social commentary & the screams in the background of those dusty drums make it sound much more darker. Donnie Darko tags along for the confrontational “Tooth & Nail” weaving in a thrash metal sample in the background just before “Death Poll” comes in with an aggressive riot starter.

Meanwhile on “You’re My Vengence”, we have Donnie reuniting with Fang Gory on top of some pianos calling out the cats biting leading into both of them sticking around for the trap banger “44” talking about being strapped at all times. The song “Death Comes in Many Forms” finds Naymez coming into the picture for a pessimistic diss towards the bitch-made dudes out there while the penultimate track “The Killing” weaves in a chipmunk soul sample talking about a serial killer. The album ends with “Tales from the Kabbalah”, which is Fang Gory over a wailing guitar riff about being psycho.

For those who’re fans of both parties, I can argue that it’s Fang Gory’s best work yet. I felt like the features were a little too much since it takes up about half the album, but the dude is on a whole ‘nother level lyrically & Sutter Kain of course stays true to his signature ghetto metal sound throughout.