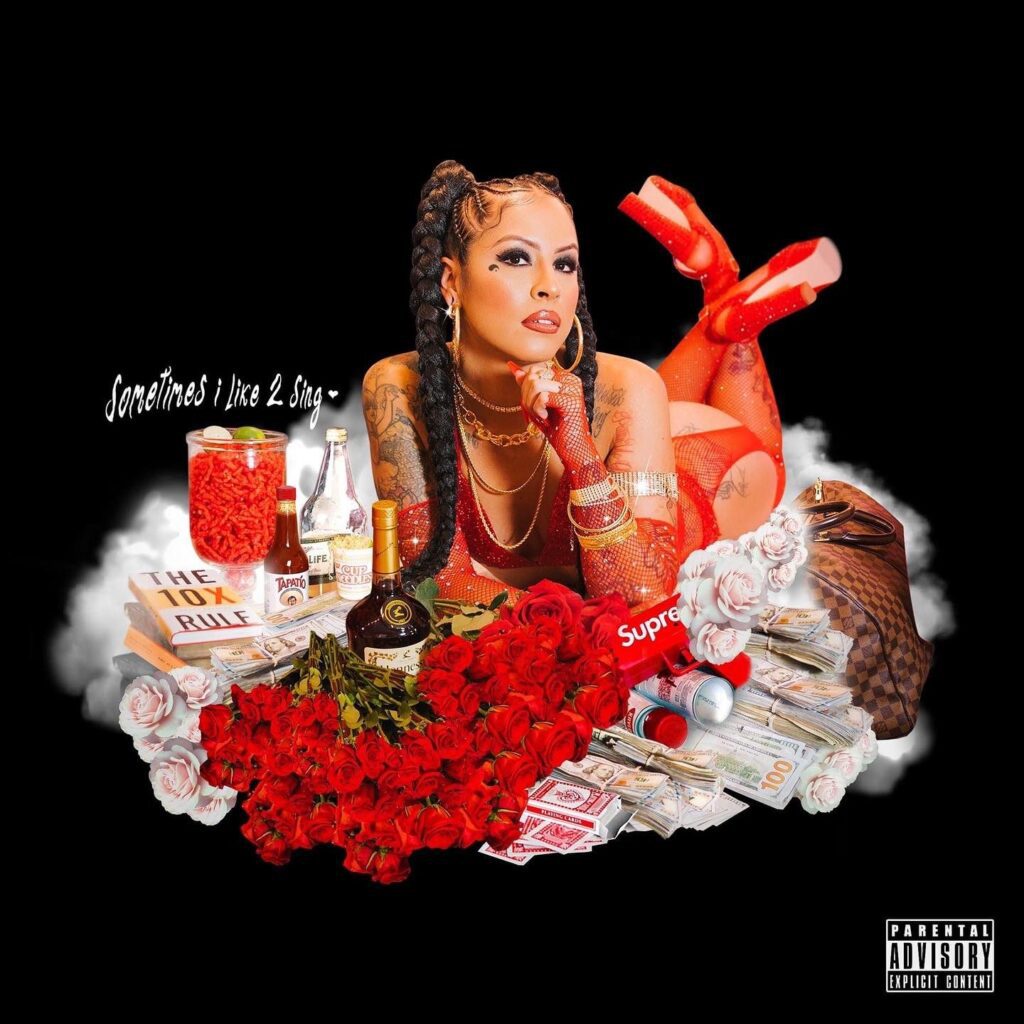 Reverie is back with her fullest body of work to date! “Sometimes I Like 2 Sing” serves as a follow up to her 2017 release “Satori”, not to mention, “Where The Darkside Ends” in 2019 which was a collaborative project with her brother Louden Beats. Being based out of L.A., at this point, if you are in the indie Hip Hop scene here, there’s nobody in this market who doesn’t know who she is. Since her first ever interview with us 9 years ago, she has proven to her fans and acquaintances that she belongs here, and we kinda feel like this is just the beginning to the next chapter of her career.

Remaining independent has been the secret recipe to the success of her music career. She’s known to not care too much about her critics, or major labels who tend to try to control what she should say in her music. Her fans not only listen to her music, but are also considered her family as she’s been taking them on a roller coaster ride thru her up’s and down’s for the past 10+ years. If there is something we love about Rev personally, it’s that she does everything “she” wants to do in music, not what “they” want.

She started her campaign promoting this album with her hit video “tell another lie” releases last month which was a style of music we weren’t use to but she executed this song with her soft vocals flawlessly. The name of the album hints on what you will find with songs like the intro track “im a broke artist but illy”, “i am god”, and and “begging you to stay”. Don’t get it twisted, that raw Hip Hop that Rev is known for is surely represented in this too with songs like “begging u 2 stay”.

Being that this project is 20 tracks long mixed with creative interludes in between, we love the fact that it has minimal features. Only Emilio Rojas on “f*** me like you miss me”, Almanegra on “rico como un churro”, and Chato 473. If there is one song I want to highlight, it would be “im high af rn“. We feel this song resonates the most defining this project the best as she opens up not only in an emotional level, but lyrically in a dominate level too.

We score this project a well deserved 9/10 based on the authenticity and openess Reverie brought out in this project while still keeping it true to her roots to Hip Hop and the streets that have supported her since day one. For the past decade we have been witnessing the evolution of a true artist, and it’s very humbling to see.