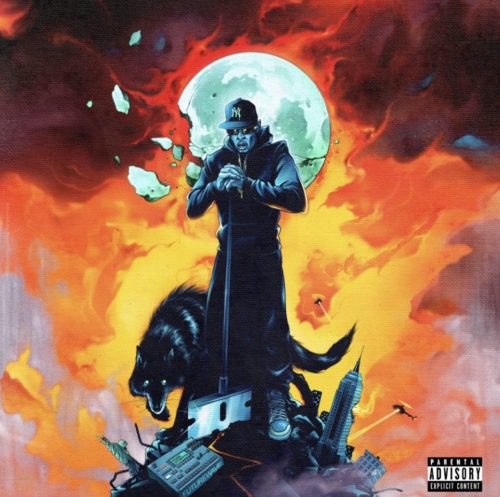 This is the 6th full-length album from New York emcee Rome Streetz. Breaking out in 2016 off his debut mixtape I Been Thru Mad Shit, he would make his presence known as one of the most skilled lyricists in the underground today off projects like Headcrack & the Noise Kandy mixtape series. His last album Death & the Magician that came out back in February is not only Rome’s magnum opus, but one of the best albums that I’ve heard all year with DJ Muggs’ production being a damn-near perfect fit for dude’s acrobatic lyricism. But after a 5 month break, Rome is re-enlisting Futurewave for a Headcrack sequel entitled Razor’s Edge.

The opener “Mud to Moet” operatically looks back on when his pockets were frail whereas “Most High” goes into boom bap turf talking about being made in the image of God. His wife Chyna tags along for the hypnotic title track touching down on maturity leading him talking about going through some things on the luxurious “Same Way”.

Meanwhile with “Emvy”, we have Rome & Daniel Son coming together for a morbid shot back at those who’re jealous of them just before he & Starker jump on top of an organ for “No Sample” to say they ain’t changing shit. “Dry Ice” opens up about having to learn the wrong turn burns on top of a tense instrumental prior to the bloodthirsty “Sage of Gunsmoke” with Ransom, which has some jazzy undertones in the beat.

“Bible or the Rifle” works in some heavy horns to say it’s game over for those who make the wrong moves while “Disconnected” jumps on top of a soulful instrumental to acknowledge how doubters wanna work with him now that his profile is increasing. The song “9 4 Judas” grimily proclaims the only thing you need to know is how to earn dough while the penultimate track “High Grand Strandz” with Plex Diamond devilishly calls out those who try to take shit from New York emcees. Then there’s “Rated R”, which works in a gospel sample to compare his life to the MPA rating of the same name.

If anyone puts Razor’s Edge over Death & the Magician, I wouldn’t be mad at it at all because this is just as spectacular. Wasn’t feeling a couple of the features, but everything about Headcrack from the pen-game to Futurewave’s production is being turned up to 11.