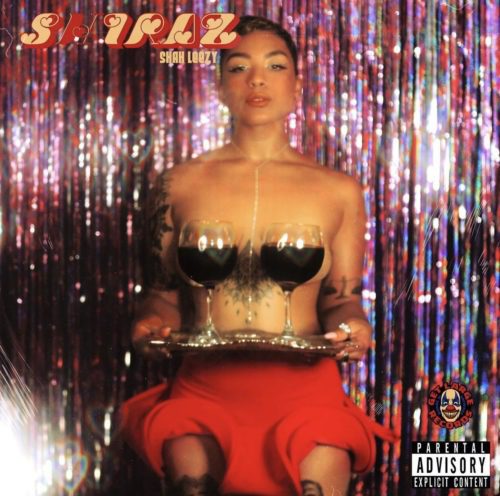 This is the full-length debut from Staten Island emcee Shah Leezy. Coming up in 2018 off his debut EP Live at the Mecca, the man has gone on to release 5 more since then with the latest being The Iron Sheik Tape last winter. But for Shiraz, he’s enlisting GetLarge to fully produce it from start to finish & bringing some of his favorite artists from the city for the ride.

The “LuZ’s Intro” kicks off the album with a somber piano loop saying he’s givint classics until he goes idle whereas “Habibi King” weaves in some hi-hats & horns talking about chasing freedom. “Fear’s the Key” is a symphonic trap cut getting on the more boastful tip, but then Greezi Amlin & innocent? tag along for the soulful “Life’s Crazy” basically letting the title speak for itself,

Meanwhile on “Jamez Bondz”, we have Shah over some dusty drums & humming talking about chasing missions like the world famous spy just before “Pulp Fiction” delivered a viciously off-the-top freestyle over a rich instrumental. “Vince’s Revenge” talks about being a ram then a goat leading into Iso Indies comeing into the picture for the classy “Carlito” to bring back the braggadocio.

“Dog Day Afternoon” is a thunderous hustler’s groove while the song “Wolf of Wall Street” is basically his allegory on wax. The title track takes a jazzier turn getting on his top dog shit & finally, the “LuZ’s Outro (Cheers)” rounds it out on a cheery note by dissing everyone who’s jealous of his success.

As much as I loved The Iron Sheik Tape, I think Shah is really starting to level up on this. really interesting to hear him give us a year of his life with this much heart & the overall sound of the album that GetLarge provides is uniquely detailed.