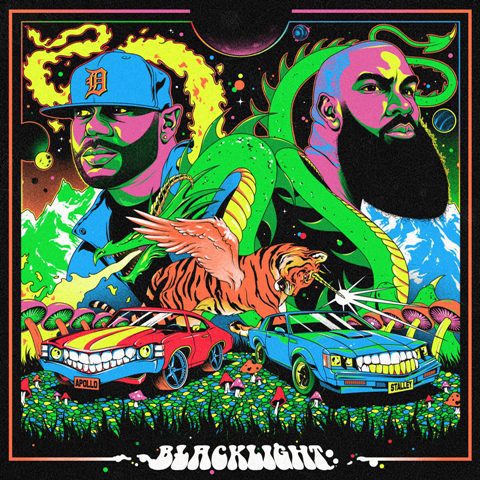 Stalley is a 39 year old MC from Massillon, Ohio who came up in 2008 off his debut mixtape Goin’ Ape. This was followed up with MadStalley: The Autobiography & Lincoln Way Nights, which led Rick Ross signing him to Maybach Music Group. However, he would only put out 4 tapes & the full-length debut Ohio under Rozay’s wing before leaving in 2017. New Wave & Another Level both came out through Real Talk Entertainment which were kinda mediocre honestly, but the Nature Sounds-backed sophomore effort Reflection of Self: The Head Trip wound up being his best since Saving Yusuf. But now in light of his deal with Mello Music Group, it’s only right for Detroit’s very own Apollo Brown to produce Stalley’s 3rd album from front to back.

After the “Hidden” intro, the title track is a rich opener about everything you’re hiding behind coming to light whereas “Love Me, Love Me Not” with Skyzoo joyously follows it up by calling out those who pray on their downfall. “No Monsters” works in some piano melodies to speak on those who don’t understand where the hunger comes from leading into the psychedelic boom bap banger “We Outside” encouraging to stay on your grind.

Meanwhile on “Humble Wins”, we have Stalley taking a more orchestral turn talking about catching the Ws in silence just before the synth-heavy “Breathe” finds him not letting the pressure fuck with his focus. “Lost Angels” almost has a bit of a gospel influence to it admitting a spiritual connection with the block, but then “Catch Up” incorporates some choir vocals getting on some grown man shit.

Joell Ortiz tags along for the whimsical “Bobby Bonilla” to chase that bag while “The Realest” declares himself as such over a jazz/trap fusion. “Broad Spectrum” has a more nocturnal sound to it talking about victories coming with a price-tag while the vulnerable “Stay Low” gets on some introspective life shit. The final song “What the Hook Gon’ Be?” brings in a woodwind & live drums talking about bringing pressure to the streets, but then “Omari’s Lament” ends the album with a spoken word piece.

Even though I enjoyed Stalley’s output back in the Maybach days, I think Blacklight has surpassed all of those projects in terms of quality. He’s always shown his potential as lyricist, but it all comes full circle here & Apollo Brown’s production is top notch as to be expected.