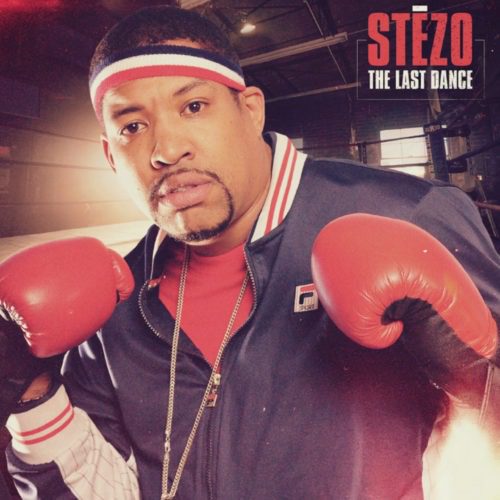 Stezo was a 52 year old MC/producer from New Haven, Connecticut who broke out in 1989 off his full-length debut Crazy Noise. This was followed up with the Where’s the Funk At? EP & C.T. (The Lost State) but now with his unexpected death a little over a year ago, Fat Beats is dropping a 3rd & final album containing his last recordings.

After the “Main Event” intro, “Keep the Grove” with Johnny Famous is a somewhat minimal opener calling out the industry. After the “Hip Hop Eulogy 1” interlude, we get a decent remix to the 1996 joint “Where the Funk At?” just before the cinematic “Opera House” goes at those who can’t flow.

“Rapzone” with Special Ed & Tash has a more futuristic sound taking listeners down a dimension of penmanship & after the the “Hip Hop Eulogy 4” interlude, “Lucky Me” is a gorgeous declaration of how grateful he was. After the “Hip Hop Eulogy 5” interlude, Stezo & the late Biz Markie show an immaculate chemistry on “Steve N the Biz”.

He later reflects on the hard times of his life for the airy “Homeless Stevie” & then the “It’s My Turn” sequel is just alright, as much I fuck with the original. Hakim Green & Tall T help flex their prowess on “Bring the Horns” with despite it’s title is heavy on some live drumming.

After the 6th & final “Hip Hop Eulogy” interlude, the penultimate track “Ruff N Rugged” is a dusty ode to the underground & the closer “4 Stezo” is basically a Shomari song given that Stezo himself isn’t on it at all. However, it’s a touching tribute to the man.

For a posthumous album, I think it’s pretty respectable. I think the remixes to older joints & the interludes are a bit unnecessary, but Chris Lowe’s production is raw as Hell & the guests do a great job at complimenting Stezo rather than just being there for a paycheck.