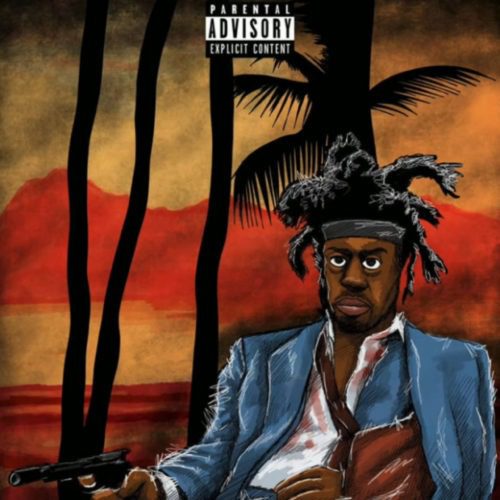 This is the latest EP from Atlanta emcee/producer Tha God Fahim. Coming up as an affiliate of Griselda Records alongside Mach-Hommy & Your Old Droog, he also has a incredibly vast discography with a couple of standouts being Breaking Through tha Van Allen Belts & Dump Assassins. His 18th full-length album Dump Gawd: Stock Lord just dropped a little over a month ago & after Nicholas Craven teased a project with him on Twitter recently, we’re finally getting it in the form of Dump Gawd: Shot Clock King.

“Dear Friend” is a beautiful piano ballad to open up the EP with him & Your Old Droog saying they’re always cooking whereas “Look What You Done” takes a more soulful approach talking about being strapped. Droog returns to ask the listener introspective questions on the lachrymose “Lost His Way”, just before dedicating the heartfelt “Wit Out a Question” to his peoples. Especially with the chilling vocal loop.

The song “Big George Bombs” is the only one on the entire EP that Craven didn’t produce, but I love the harmonious sample Fahim flips for him to say he’s loading up like George Foreman did to Joe Frazier. The penultimate track “Crypto” goes into chipmunk soul territory talking about that’s what he blew his $100K on while “Bitter End” serves as a jazzy closer calling out those who’re trying to keep him piss poor.

Stock Lord was good, but I like this a lot more & I’ll even go as far to call it one of the best Fahim projects yet. He’s at his most genuine on some of these cuts & Nicholas Craven continues to solidify himself as one of the best producers in the underground today.