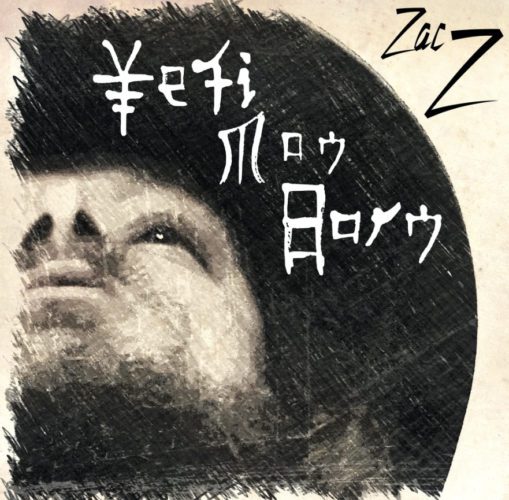 This is the 4th full-length album from UK-based MC, producer & singer/songwriter Zac Z. Breaking out in 2010 off his double disc debut Imperfections, the man would follow it up shortly after with liquid pepper before taking a decade long hiatus. He returned last summer by enlisting Deep n Beeper for Tripsville, Tennesse & is now rounding out 2021 by dropping Yeti Man Born.

The title track starts it all off with a lo-fi sound telling his lover why she should be all his whereas “Funky Pills” serves as an instrumental interlude having a more cavernous & psychedelic approach to it. “Mission from Mars” keeps things going with a cloudy beat & talking about life with him being pure bliss, but then “Sky Fall” follows it up with a more euphoric instrumental piece.

Meanwhile on “Hollow Fangs”, we have Zac staying behind the boards this time incorporating some elements of rock into this beat just before he hops back on the mic for “X-Ray Meditations” has a more settler yet funky feel talking about being free. “Energy Sparks” incorporates these turntable scratches with an angelic backdrop wanting this woman’s love leading into the “Buddha’s Smile” instrumental interlude picking up where “Hollow Fangs” left off sonically.

“Ethnic Dreams” is yet another instrumental interlude that’s perfect for smoking weed out late at night while the penultimate track “Lightning Strikes” goes back into rock territory & the dude’s singing that kicks in around the halfway mark just doesn’t do anything for me at all. To finish it off though, “Happy” ends the album with a 90 second folk ballad talking about wanting to sing for the stars & doing so much better than he did previously.

Much like Zac’s last 3 albums, Yeti Man Born sounds completely different than anything the man has done in the past & continues to succeed at doing so. It has a more enlightened vibe throughout & it’s very intriguing to hear how he has it all structured, bouncing back & forth between actual songs & beat interludes.