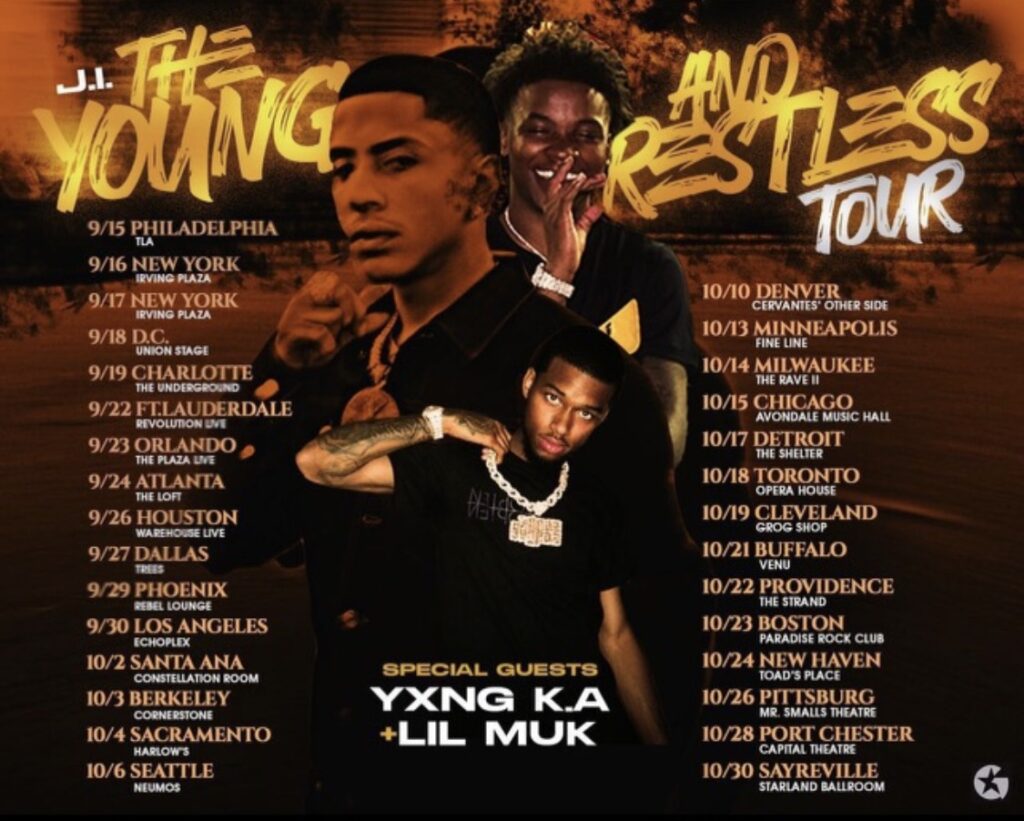 Stack or Starve’s very own artists Yxng KA and Lil Muk are putting on for the City of Brotherly love as they are enduring their very first major tour.

J.I The Prince of NY invited the two young Philly shiners to join him on his “The Young and Restless Tour,” which features 30 different cities including Philadelphia, New York City, Atlanta, Houston, Dallas, Denver, Detroit, Chicago, Toronto, Boston, and Los Angeles. Each stop is a sold-out show that will captivate the audience with amazing showmen ship and the incredible venues for each stop. This is an incredible achievement for such young artists in the rap game.

Normally you won’t find such artists on tour until they have several years of experience, but that is not the case with Yxng K.A and Lil Muk. The Stack or Starve artists carry it like they have been performing for over a decade. Their performances are what some might say “must-see tv” as they perfectly interact with the crowd and know exactly what songs will help set the mood to get the audience moving.

This is proof in the pudding that there will surely be more to come from Yxng K.A and Lil Muk as they are leaving their imprint on the rap game.