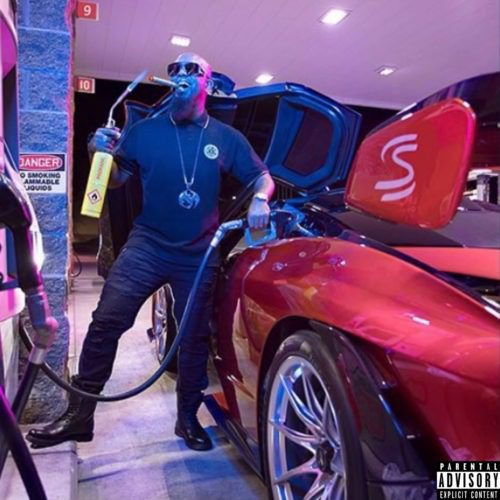 This is the 23rd full-length album from Kansas City icon Tech N9ne. Getting his footing in 3 decades back as a member of the groups Black Mafia as well as the 57th Street Rogue Dog Villians & Nnutthowze, his profile began to increase in the late 90’s after landing a spot on the Gang Related soundtrack & becoming among the first to join Yukmouth’s then-newly formed collective The Regime. But after having issues with Interscope Records & Universal Music Group following the release of his iconic 3rd album Anghellic, that’s when Tech decided to form his own label with the help of a man at Paradise Originals named Travis O’Guin. Together, they would call it Strange Music & solidified itself as one of if not the biggest indie label in the world. Tech has made it a tradition to drop an album every year since Everready (The Religion)back in ‘06 & given that’s been going on at Strange throughout 2021, I was very curious to hear how Asin9ne would address it all.

“The Herder” kicks the album off with Tech villainously proclaiming himself as just that with production from Wyshmaster whereas the King Iso & Seuss Mace-assisted “I Don’t Fit” has a symphonic trap vibe with the help of N4 talking about not fitting in even though they’re the shit. “Kickiter” has a bit of an EDM flare encouraging the crowds to riot leading into the spacious “Too Good” produced by Ervin Pope & featuring Lil Wayne tackles the idea of being too good for their own good.

Meanwhile on “No See Umz”, we Snow Tha Product tagging along with a poorly sung Russ hook for an anthem going at their doubters just before King Iso returns alongside Joey Cool & even The Rock (although you can definitely tell Tech wrote his verse) with the combative “Face Off” serving as Seven’s only production on the album. E-40 comes into the picture for the explosive strip club anthem “Clydesdale”, but then “Still Right Here” with X-Raided serves as an emotional ballad about loyalty.

“Take Your Halo” reveals itself as an angry response to those who’ve been talking shit on Strange Music as of late while “Knock That Noodle” speaks on the violence in KC over a cavernous beat. “Heightened” despite it’s brevity feels like something you’d hear in the trailer of a good horror movie just before the horrible dubstep/rap fusion that is “What Rhymes With Threat’ll Kill Ya?” with Phlaque the Grimstress & Zkeircrow.

If you couldn’t tell by the title, “I Been Thru a Lot” delivers one of the more vulnerable moments on the entire album & “Dial It Back” has a more cloudier sound talking about how he ain’t bragging. The song “Zaza” with Oobergeek meditatively gets sensual while the penultimate track “Close Yours Eyes” is a more boom bap-tinged pleading to keep faith in him. “Special” finishes it off with a powerful, feel-good guitar ballad.

I’ve been a huge fan of Tech N9ne since my senior year of high school & his music has helped me through some dark times, but I’m kinda indifferent towards Asin9ne. He definitely proves that he can hold an album without Seven but much like ENTERFEAR, he overdid it on the features & their contributions are either hit or miss.