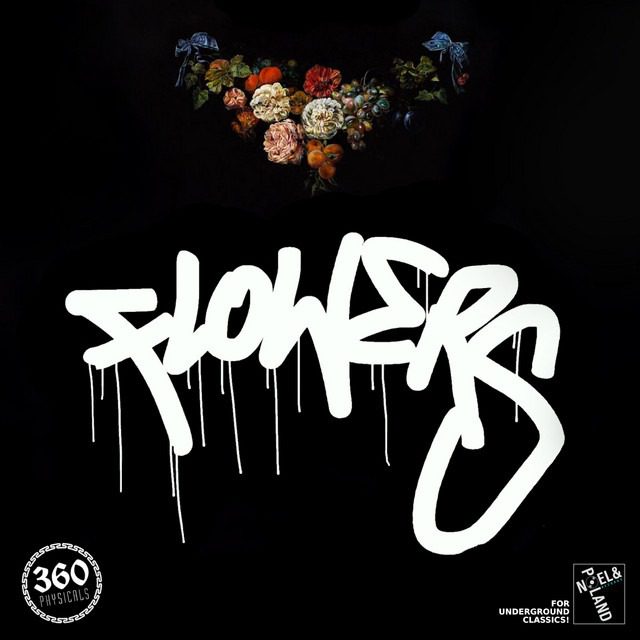 UK rap quartet 360 Physicals follow up their comeback single “Summertime” with another gem in the form of this lyric-driven single titled “Flowers”. Bolstered by the bare-bones punchy soundscape provided by Kong The Artisan, the fire-tested emcees Killa Kela, Koaste, Cristo Cannes and Jonny Virgo proceed to showcase their verbal skills and deliver top-notch performances underpinned by bravado and reflective lyrics paying homage to all the pioneers who came before them. The verses are loaded as each emcee brings a unique display to the forefront as vocal samples separate each of the verses.

The single is accompanied by a gritty, cinematic video directed by Leon Wavey who captures the respective performance styles of the emcees. It’s shot in black and white giving it that retro 90s gritty feel.