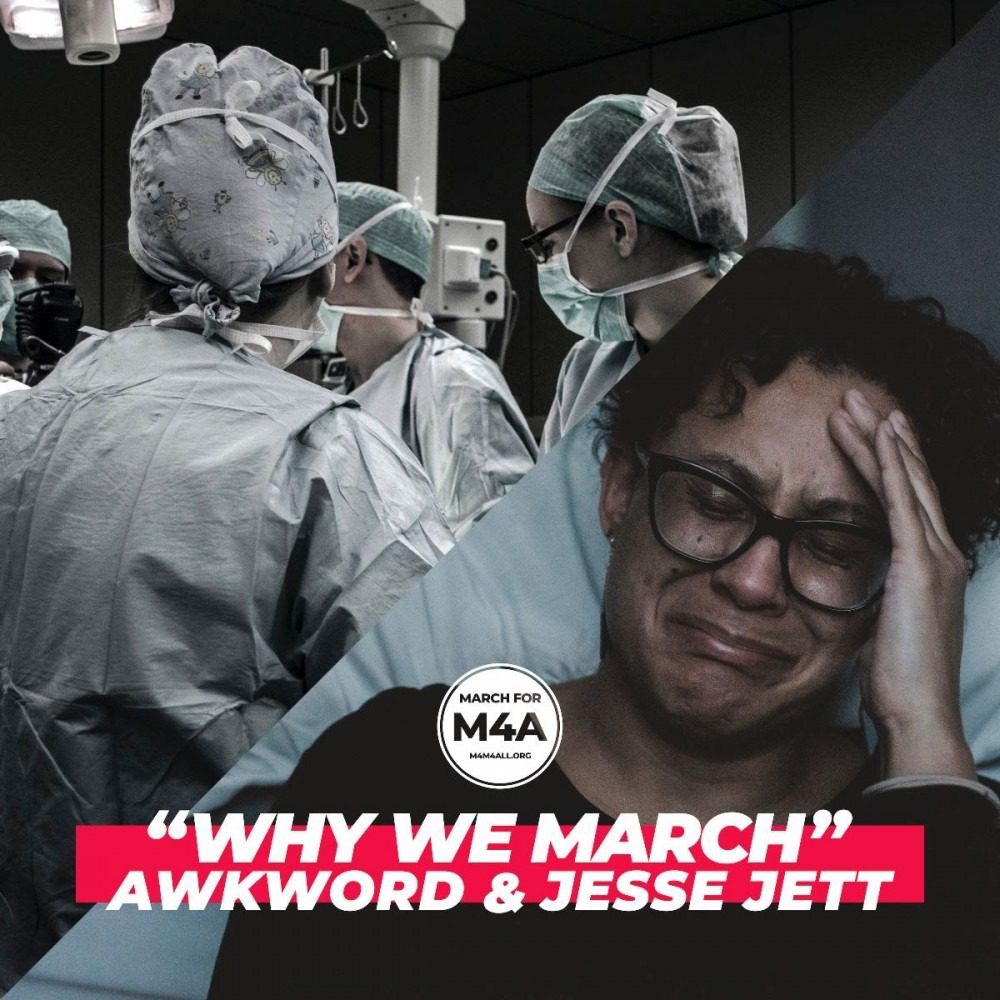 Awkword and Jesse Jett are relentless in spreading the truth about the covert practices of Big Pharma and its effects on ordinary citizens who are just trying to live their lives. The Jesse Jett produced track is ripe with a somber texture and punchy drum grooves that blend perfectly with the evocative and insightful lyrics from Awkword. The rapper/activist doesn’t mince his words and details the various issues stemming from the healthcare crisis in the US of A. He slams the politicians who also add to the issue with their self-serving policies that see them in the same bed as the huge corporations milking the masses.

The official “WHY WE MARCH” video, created by a fan using the M4A anthem from AWKWORD and Jesse Jett over footage from the 24 July 2021 M4A marches across 50+ states (at which the song originally premiered).

All proceeds go to help fund the creation of a documentary on the healthcare crisis in America by Kenny Ballentine. Download the track here.

Sign the petition here and keep up with the progress of the upcoming Healthcare Movie. from Kenny Ballentine.