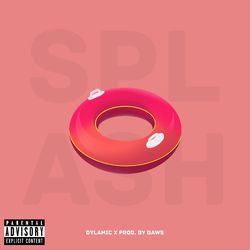 Indie emcee Dylamic showcases his off-kilter style on his new release “SPLASH.” The track has a solid punchy backdrop that sounds cinematic but forms the perfect backdrop for the rapper to flex his verbal muscles.

Dylan Paauw or ‘’Dylamic‘’ is an emerging rapper/mc from the Netherlands with his love for rhyming, finding clever wordplay, freestyling and a never dying dedication to his craft. He has entertained many already. sharing the stage with local names such as Flowëtish and Victor Fataal but also International acts such as D.O. Gibson, Veteran Eye, HotRox & Harvey Dentist, Philly Badass and more. After releasing a few singles and additionally his first EP at the end of last year titled Blueprints, he’s slowly but surely building a strong foundation for himself.