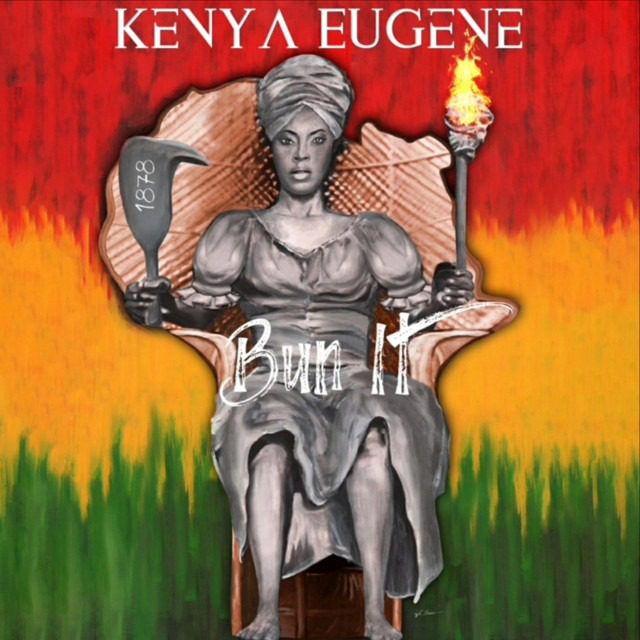 St. Croix based reggae artist, actress, and model, Kenya Eugene make her entry on our site with her new single “Bun It.” The anthemic track sees her taking to task the powers that be with thought-provoking lyrics while celebrating the strength of womanhood in the same breath. She delivers a solid vocal performance as well and exudes a stunning commanding vocal tone that immediately seizes the ears. The track is a story of strength, resilience, and determination. Kenya adds, “You sing it anywhere in the world you are, and if you hear anyone join in and sing along, that’s a Virgin Islander or someone who spent time in the U.S. Virgin Islands and learned some of its rich history and culture.”

“Bun It” is the first release from her highly anticipated LP Color Me Reggae, a collaboration between Kenya Eugene and HouseOfBambu (Bambu Station). Stream and download “Bun It” here. The song debuted With World A Reggae!

The title is a play on the Caribbean slang to put on blast or to make known your disapproval of the status quo. The slang’s history came about from the Labor Riot AKA “The Fire Burn” started in Frederiksted AKA “Freedom City,” where Kenya was born and raised in St. Croix. “The Fire Burn” was the result of the Danish Government’s ill-treatment and unfair labor practices imposed on workers of African descent after slavery ended in the Virgin Islands.  St. Croix, laborers protested the government and their retaliation became a riot that lasted for a week.  There are many that organized and took part, most notably recognized in history were four female protestors, dubbed the Fire Burn Queens.

St. Croix based artist, actress and model, Kenya Eugene, has blended her love for various forms of art bringing about a perfect marriage of her passions into what she calls Heart Music.  She comes from a long line of artists and players of instruments.  Kenya recalls as a youth following around her older siblings, including her older sister’ Roots Reggae Empress Dezarie, just to be in the presence of music.  Kenya’s unique song writing intelligence and versatility has afforded her the opportunity to write for major and independent label artists, have her music featured in major film and perform on a number of stages.  She has been the handpicked opening act for artists such as Morgan Heritage, Dezarie, Wyclef Jean, Big Mountain, HouseOfBambu (Bambu Station), Brandy, and India Arie just to name a few. Most recently Kenya and her team in conjunction with Beautiful Dreamers Behavioral Center, Ltd, organized two mental health awareness events back home in the Virgin Islands. The series was titled, “Take a Mental Break With the Sound of Love”.