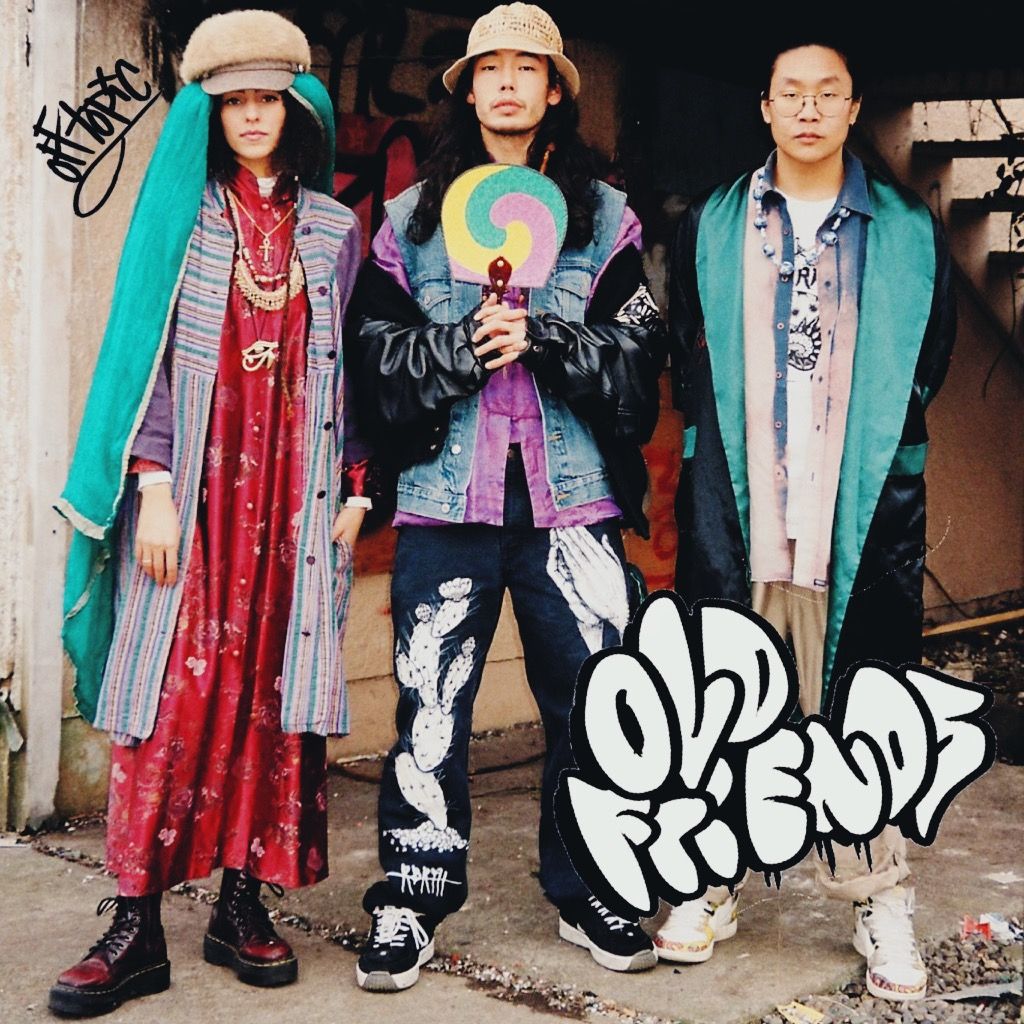 After dropping their debut EP 11:11 in 2019, the alternative hip-hop quartet known as Off-Topic delivers the new single “Old Friends” alongside a documentary-style visual. Made up of lyricists BbyBooda, Yian, TK ,  and producer Mori Mori the group delivers a blend of jazz, neo-soul, with their unique hip-hop styles on the reflective record. Bolstered by the soothing and soulful production provided by Mori Mori and his team of musicians, Alan Ruiz, Daniel Hernandez, and Empanadas Ilegales, we get to hear three individuals seamlessly sharing their unique ideas on wax in a relatable manner. Yian opens the track with a retrospective approach and explores the dynamics of social inequality, personal growth, and battling inner demons, followed by BbyBooda’s spiritual and mystic infused lyrics while TK closes it out with a rueful verse about friends from the past and the lost memories that sometimes gets missing in the shuffle. The song was initially created in a live acoustic jam sesh at the studio, MoriMori and Sammy Rich chopped it up and cooked up the beat, Booda brought in the idea for the hook from her dream the night before.

Off Topic is a hip hop collective consisting of four members. First up, we got the rapid-fire wordsmith Yian aka YK. Next up is Thelonious, the poetic, free-spirited vocalist aka Tha Soul Child. Coming in hot we got Rosita the feisty spoken word lyricist aka Bby
Booda. Finally, the beat wizard with impeccable sampling wizard and the man behind the sound production, we got Will aka MoriMori.