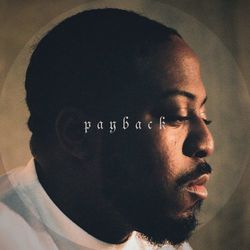 Varnell Hill returns to the field with a brand new single titled “PAYBACK.” A vibrant and soulful song that displays evocative and poignant lyricism from the LA-based rapper/producer. Armed with his commanding vocal tone and aggressive energy, Hill gives listeners a nuanced view of the different payback he has witnessed and then some.

Varnell Hill is an American artist, producer, songwriter, designer, and shoe designer from New Mexico currently residing in Los Angeles. Varnell began producing and songwriting in the early 2000s. In 2014, Hill was introduced to former A&R President of Aftermath, Mike Lynn. During Mr. Lynn’s 20+ years of helping build Aftermath with Dr. Dre, he also found many artists including The Game, Eve, and Bruno Mars. With Hill being the next career he is formulating, he is the next artist to watch.