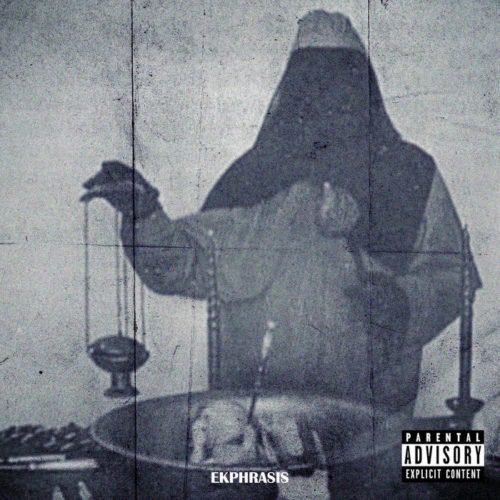 This is the 4th full-length album from Grand Rapids emcee/producer Bronze Nazareth. Coming up as a member of the group Wisemen alongside his late brother Kevlaar 7 & eventually the Wu-Tang Clan’s in-house production team the Wu-Elements, he would also go on to build a solo career for himself beginning with The Great Migrationin ‘06 & then School for the Blindman only 5 years later. But after returning from a decade-long hiatus at the end of January by enlisting The Four Owls’ very own Leaf Dog to produce Bundle Raps from front to back, Bronze is already kicking off the 4th quarter of 2021 by dropping a follow-up produced entirely by New York titan Roc Marciano.

After the “Proem” intro, the first song “Crazy Horse” starts the album off with a little bit of a jazzy quality to it speaking of something in his spirit burning whereas “The Precipice” takes a grimier route saying you can bet them on the cliff. Skyzoo tags along with Brizz Rawsteen & Termanology on the synth-laced “Brass Jehova” to get on their battle shit but after the “Refocus” skit, the vocal sample that “Survivor’s Vow” is entrancing as fuck saying he has to live it up.

After the “Kevlaar” interlude, Fashawn comes into the picture for the bluesy “Fanta 6” to impressively spit back & forth with Bronze while the track “Kettle Black” with Lord Jessiah brings in a violin addressing elevation. The penultimate song “Papayas ’21” with Roc Marciano & Killah Priest finds the trio on some dusty hardcore shit & just before the “Epilogue” outro, I think “Nosebleeds” with Boldy James serves as the true closer opening up about growing up in Detroit with it’s folksy sample.

As much as I fucked with Bundle Raps, I think it’s safe to say that Ekphrasis is just a tad bit better. Marci’s sample-based production is ever so pleasing to the ear & lyrically, this could very well be the best that Bronze has ever sounded.