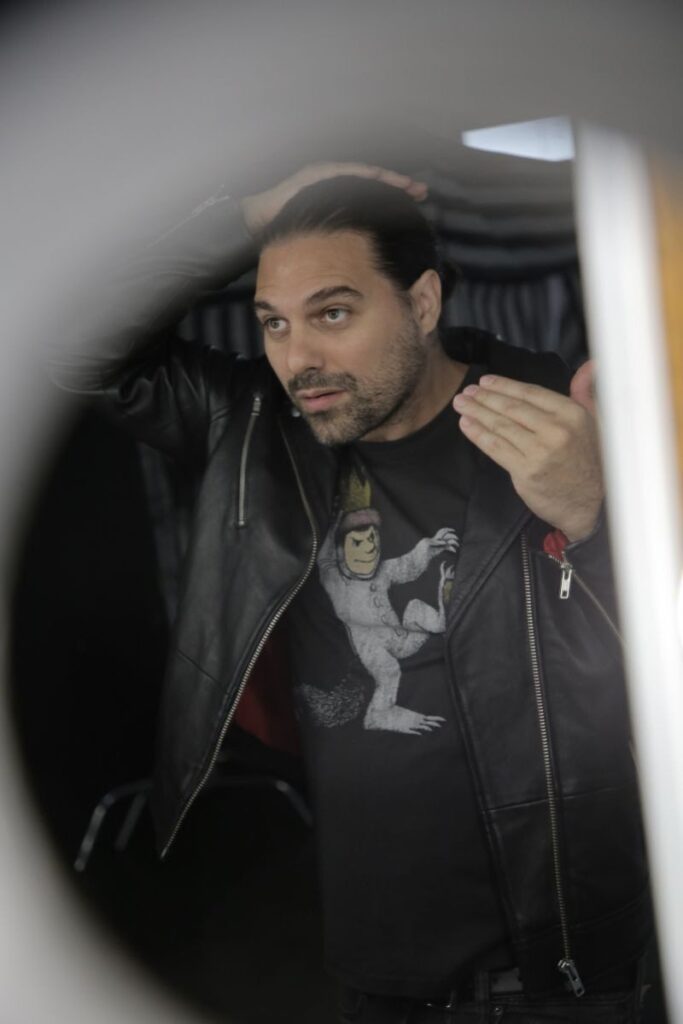 Today, underground hip-hop luminary, one-half of the iconic Eyedea & Abilities, legendary DJ and producer DJ Abilities releases his long-awaited debut album, Phonograph Phoenix, via Rhymesayers Entertainment. In tandem with the record, he shares the music video for its latest single “When.” Just in time for Halloween, it unfolds like a VHS sci-fi thriller set to a soundtrack of old school turntable mastery and elevated beat-craft.

Directed & produced by Marmofilms, the cinematic visual stars spellbinding dancer and TikTok phenomenon Mary Grace and depicts her under a different light altogether. Security guards restrain her in a hospital bed as the sinister doctor, played by DJ Abilities, injects a bright green serum into her IV. A transformation occurs as her body writhes in a violent epiphany with Abilities’ deft scratching of the sample, “One thing ’bout music, when it hits, you feel no pain.”

Appropriately, all hell breaks loose as our heroine exacts revenge with a little help from the music.