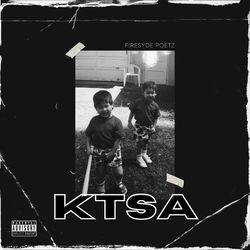 Jayme Fortune returns with a brand new project KTSA that sees him collaborating with longtime collaborator producer Gray Matter Beats. The 10 track body of work that follows his rap career and his eventual rebranding led him to do things differently.

The project opens up the moody track “Legacy” which details Fortune’s current stance on all things pertaining to his life. Shedding his old ways and adopting a new lifestyle is his modus operandi now and he wants the listener to know it from the jump. This is followed by the dark trippy trap jam “Bang” that displays the rapper’s resolve to take high risks for great rewards. In “Love we share” listeners hear a different side of Jayme Fortune as he teams up with vocalist James Hawkins for a smooth R&B infused track that dwells on keeping the peace within a blossoming relationship. On “White Gummi,” he takes time to reflect on the good times and keeps all the bad energy away over a dreamy lo-fi backdrop. Other solid tracks include the Spanish guitar-driven “Caged Birds” and the pop-infused somber cut “Stopwatch (Remastered)” where he stops to smell the roses and show appreciation to the people he loves before it’s too late.

Get KTSA on Apple Music//Bandcamp 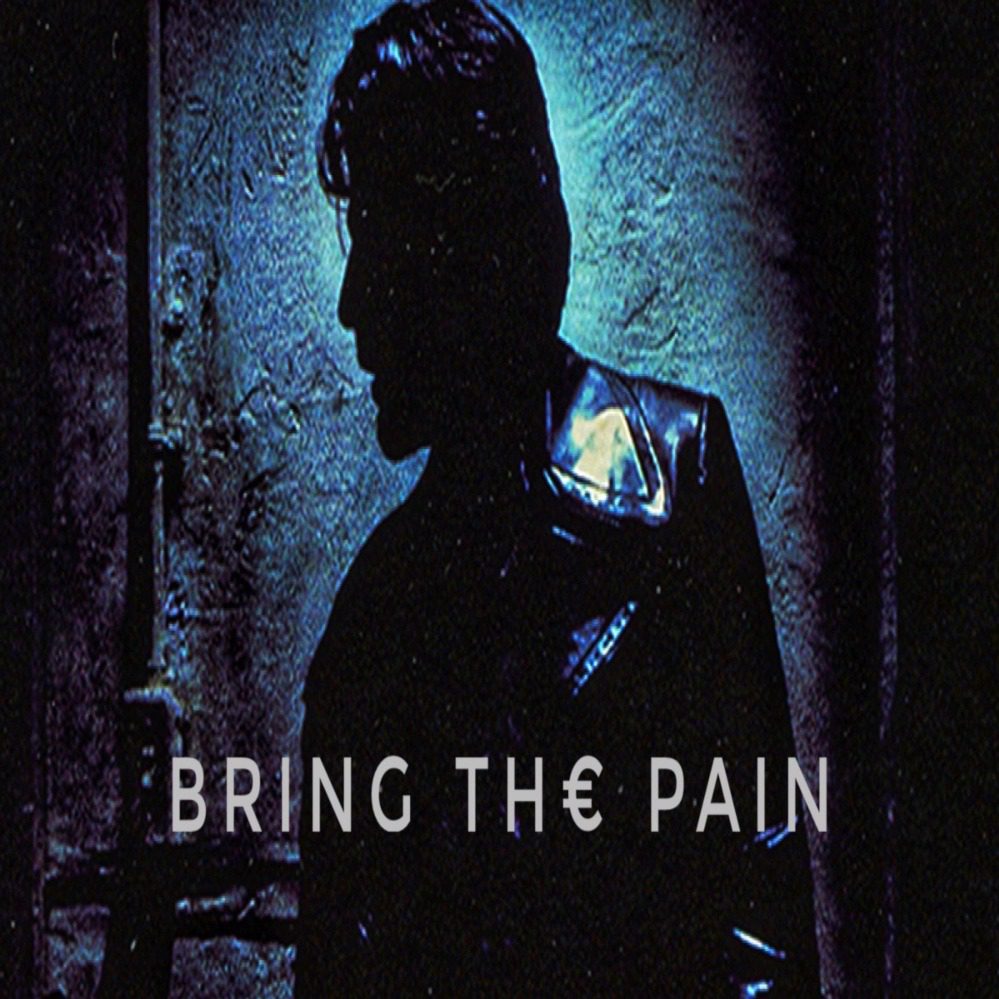 Emerging emcee J.Meazy proceeds to “bring thE pain” alongside Brizz Rawsteen on this Method man-inspired track. Flipping the same sample from the classic METH song, the duo bring out the proverbial big guns and lunge into action decimating the opposition with reckless abandon. The production is solid and makes use of a punchy drum groove with that legendary vocal-driven sample and the result is a pure lyrical massacre on wax.

“ca$h i$ thE rEa$on” is the second cut from J.Meazy and captures the rapper’s go-getter attitude. The rapper reminds listeners not to sleep on him as he is out to make bags by any means necessary. He also peppers the track with a healthy dose of bravado and an interpolation of the hook from Raekwon’s “Ice Cream” single. “ca$h i$ thE rEa$on” also samples the same piano loop from “Ice Cream” and flips it nicely into a thumping trap drum groove driven beat that will burst your speakers.

Get “ca$h i$ thE rEa$on” on Apple Music, YouTube, Deezer 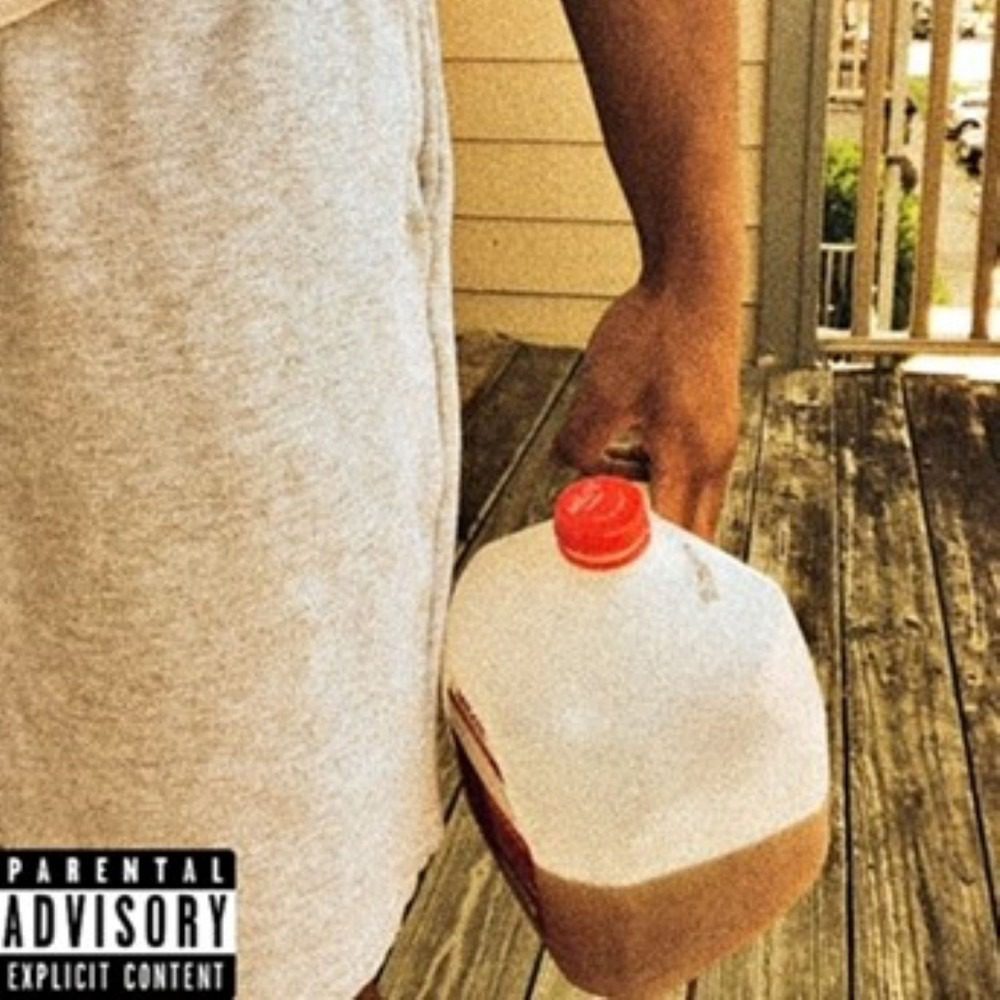 Emerging emcee Bryson Williams shares the visuals for his new release titled “Sweet Tea” where he raps over a smooth soulful backdrop with vigor. The track explores his newfound awakening as he journeys to find his true identity during the global lockdown. He is quite honest and forthcoming on this track with vivid and evocative lyrics that brings listeners deep into his world.

The video is shot and edited by Kunai Chrome who makes use of extensive performance shots and wide angles to capture the rapper’s raw style.

Get “Sweet Tea” on all DSPs here. 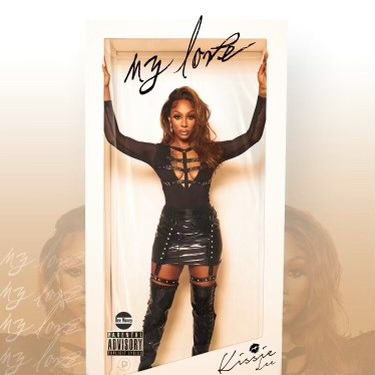 Buzzing from her hit LightskinKeisha collaboration “Sheesh.” Atlanta singer/songwriter Kissie Lee drops an appetizing new project about her love life, properly titled, My Love. Narrating a series of different stages of relationship with noteworthy production by Eric Mobley, Twan Da God, HIM and Mr. Hanky, Kissie Lee shines bright with seductive vocals, appealing subject matter, sultry passion and so much more. The project is the perfect origin point for any newfound fan.

Along with “Sheesh,” the six-song project include notable mentions “Special,” “I Hope” and the project’s title track. Over the last few years, Lee has developed an undeniable sound that has spread outside of the A to nationwide popularity. Before 2021, Kissie Lee arose to popularity with the hit song “Only You” from her Real EP.

Available now on all DSPs via Dee Money Entertainment. For more on Kissie Lee, follow the amazing songstress on social media. Atlanta, you got another one.

Stream the entire project below. 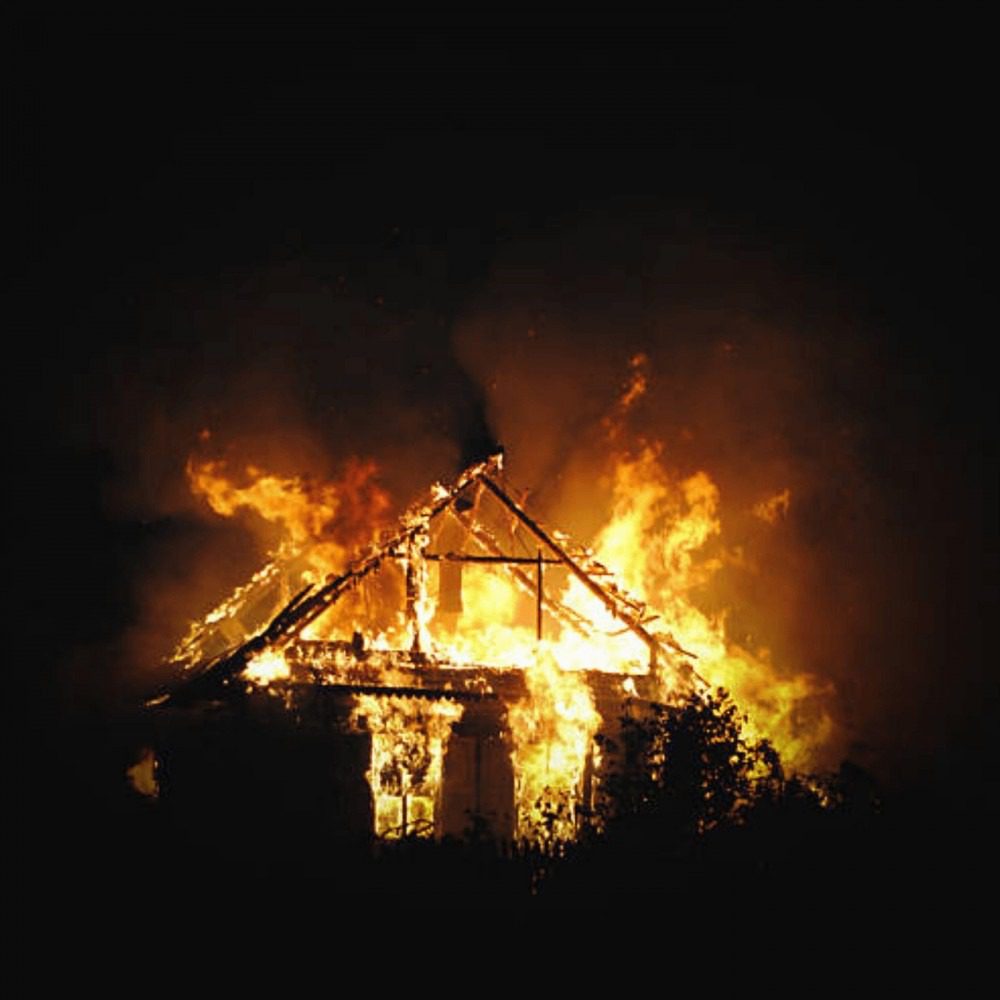 “Take it Home” is a reflective track by Somandla Nigel, ill will, and Cairo Clarendon. The trio makes use of a somber and chilled production and peppers it with their individual rap styles with a penchant for focusing on the things that are important. The track is quite engaging with evocative lyrics and a catchy chorus to match the energy.

Get “Take it Home” on Apple Music 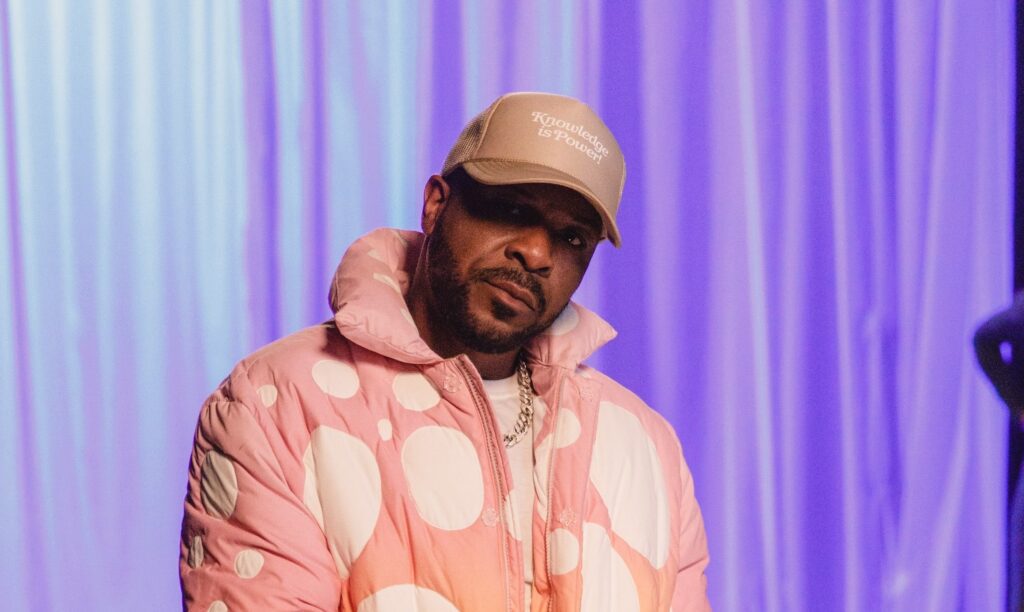 Since signing to Motown Records a couple of months ago, Houston’s Cam Wallace has been nonstop with the release of new music and videos. Today, he drops his biggest visual yet for the high-profiled single, “Retail” featuring Wiz Khalifa. For the visual, Wallace and Khalifa host their own fashion show with their unique style, surrounded by a mob of beautiful women adorning the drip.

Wallace is best known for this production credits on the Jay-Z and Beyonce cut “Upgrade U” and works with B.O.B., Chris Brown and Young Jeezy, but his collaboration with the Taylor Gang Hancho is his defining moment as he transitions from behind the scenes to the limelight. “Wiz always brings the ultimate vibes to any record he’s on,” he says about working with Wiz Khalifa on the new song. “When I heard his approach to his verse I was like oh this is perfect. He literally added another layer of cool to the record.”

“Retail” is directed by Jaimar Viray. Wiz Khalifa appears courtesy of Atlantic Records. The collaboration originally appeared on Cam Wallace’s previously released EP, 6Rings. The EP was re-released after Wallace signed to Motown Records and includes notable mentions “In The House,” “Money On The Floor” and “The Rulez.”

Both versions of “Retail” are available on all streaming platforms via Motown/UMG. After the stream, for more on Cam Wallace, follow the rising star on social media.

Watch the full video below. 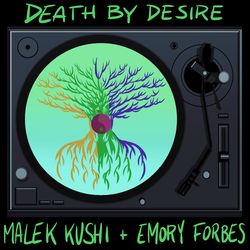 Baltimore hip-hop duo Malek Kushi and Emory Forbes have teamed up for this reflective collaboration titled “Death By Desire.” A laidback love-soaked track that details the dynamics of being in a love triangle and watching the love of one’s life getting the short end of the stick. The production here is experimental and has a trippy funkadelic vibe that flows perfectly with the vivid lyrical display from Forbes.

Get “Death By Desire” on Apple Music, YouTube, Deezer

Malek Kushi, is a musician/composer/producer from Baltimore, MD. He is a graduate of Frederick Douglass High School where he was introduced to music production and performance. His style is influenced by many genres including Soul, Hip Hop, Reggae, House, and Gospel. 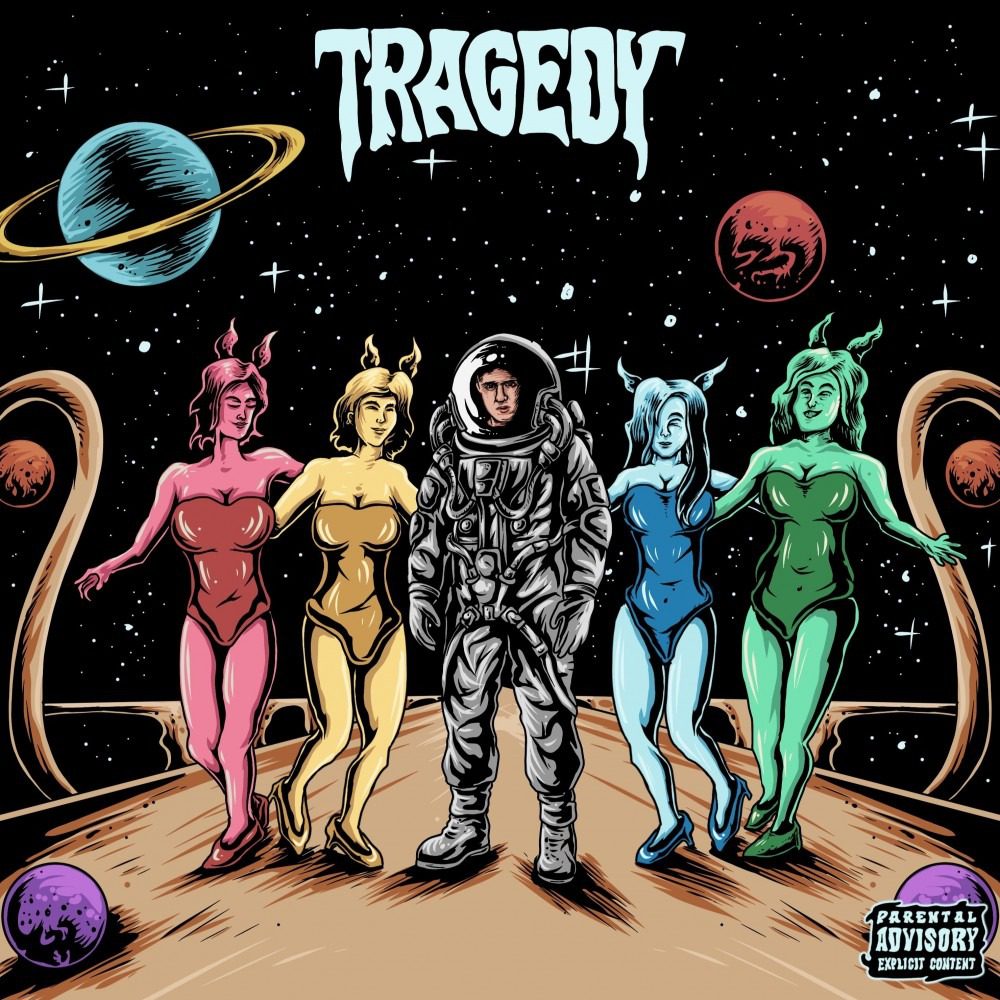 Jay Gudda shares the video for his new single “Tragedy” which dives into the dynamics of life, love, relationships, and more. He employs a moody and punchy backdrop to share his tale of mixed emotions as his carefree and impassioned cadence plays center roles.

The visual has a zany off-kilter feel and mixes performance shots with trippy cinematic aesthetics and ominous motifs to match the off-the-cuff lyrics. 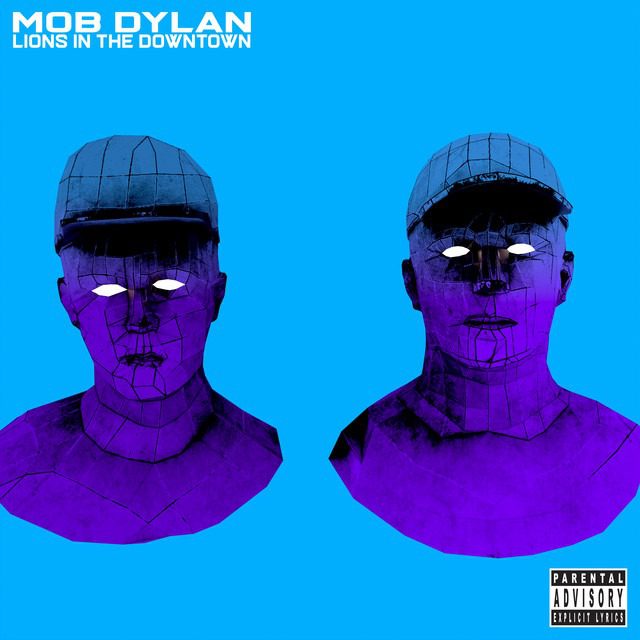 UK alternative rap duo Mob Dylan returns to the fore with a hard-hitting jam titled “Bare Witness” which continues from their previous release. Backed by punchy drum grooves and dark cinematic textures, the lead emcee proceeds to share his thoughts on accountability within the media space and also the need to seek the truth regardless of what is presented.

“Bare Witness” is the duo’s second single and it’s a precursor to their upcoming EP.

Get “Bare Witness” on all DSPs here. 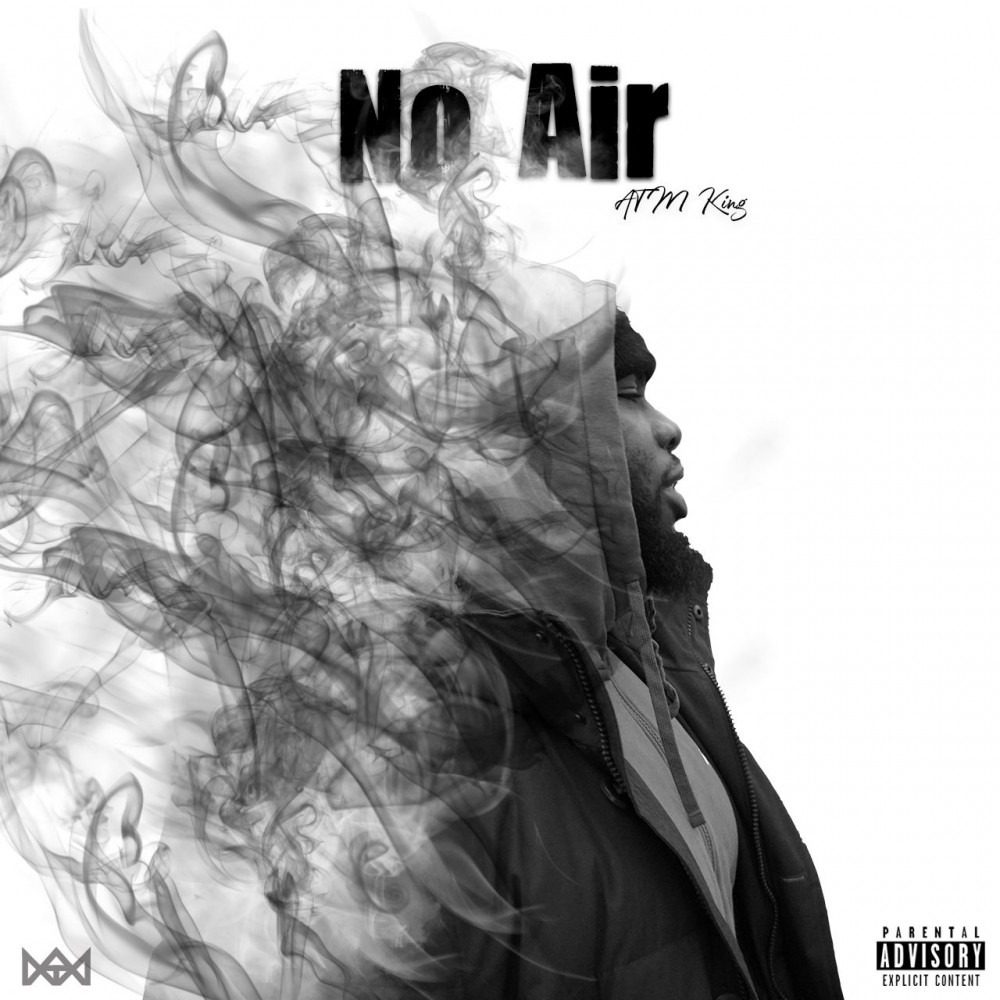 ATM king is back with a new release titled “No Air” that displays his smooth melodic raps and knack for penning relatable lyrics that everyone can latch on to. Over the somber piano-laden trap backdrop, the rapper reflects on his struggles and all the things he had to do to overcome them to become a better person.