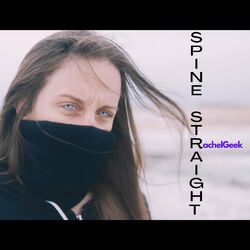 Rachel Geek‘s latest effort titled “Spine Straight” is an unbridled journey into the dark spots in her head. The mid tempo record sees her exploring true emotions while exorcising the inner demons alike. Her flow is dynamic as she employs a variety of cadences underpinned by fiery intent and vivid evoctaive lyrics that digs deep into her psychology.

The visual has a moody cyrptic feel as it cpatures Geek in an unknown spot performing in the open. It exudes a late 90s horro flick in some ways but makes ample use of Geek’s energetic performance style. 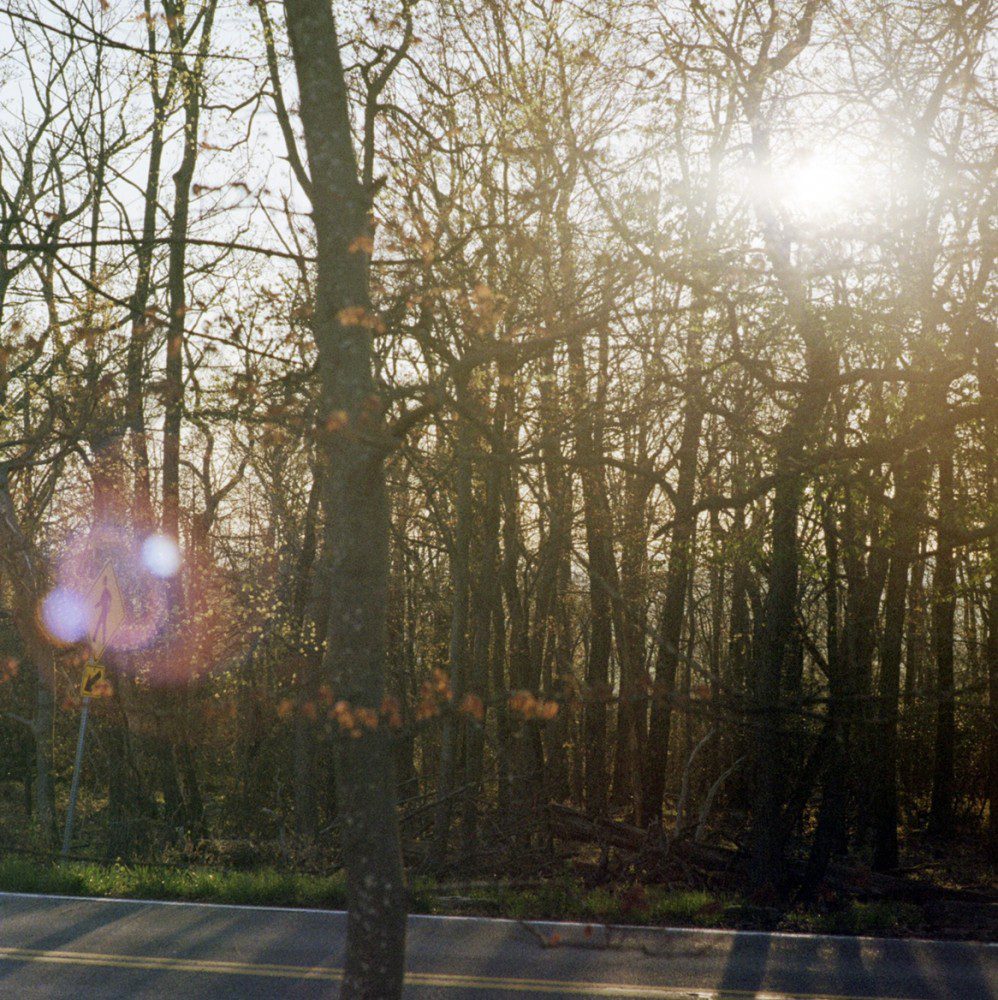 Graphinity makes his entry on our site with his new single “TEN THOUSAND MILES”. The track samples a classic Jackson 5 song and flips it into a somber, nostalgic vibe made up of lush textures and melodic vocal chops over soft percussions. Graphinity proceeds to drop some heartfelt bars about a lady who used to be in his life and now he is lovelorn and hopes to see her once again.

Graphinity is an artist from Frederick, Maryland.

Izu Osirus – “Back On The Road”

We kick off Episode 32 with the aid of Nigerian American musician Izu Osirus who is “Back On The Road” chasing his dreams. The track has a nice mix of Afropop and hip-hop elements and he delivers his verses with a smooth melodic approach while reflecting on his journey as an artist trying to reach the apex. The visual follows him as he gets back on the road from spot to spot, meeting new people and slowly knocking off his bucket list.

“Back On The Road” is taken from Izu’s upcoming project Foreign Language.

Detroit’s veteran rapper Guilty Simpson is back with visuals for his single “Go Where I Please”, a hard-hitting track that sees him in his element dropping fiery bars with his characteristic laidback commanding flow. The track is produced by Kount Fif while DJ Ragz cuts it up with a classic line from Nas.  Set in the shadows of Detroit, the accompanying video was edited by R.M.L. who help bring the booming track to life with his moody and somewhat dark aesthetics.

“Go Where I Please,” the first single off of Guilty Simpson’s upcoming album GUILT, Stream the single on All Streaming Platforms. Pre-Order GUILT Now Here.

German rapper Gola Gianni makes an entry on our site with the Palazzo-produced “TOSEINA”, a bass-heavy trap track that showcases his laidback rap flow and different energy. The visual blends performance shots of the rapper having fun with his squad in the studio amongst other activities.

The late Vice Verses‘s single “Count On Me” gets the proper visual treatment. The reflective and thoughtful track produced by Zia Leonard / Idea Factory is punchy and energetic and captures the vivid lyricism from Vice Verses. He is not alone and brings in some tough acts such as Big OX, Prolific Wone & Slaine who add their own 2 cents to the topic of loyalty and being true to oneself and family.

Filmed by Jacob McCoy and using stunning night-time footage of New York City as a backdrop, the track serves as the perfect tribute to Jason “Vice Verses” Williams who passed in April 2020.

The track is especially touching as the trio of Vice, Prolific, and Slaine started out in a group called I2I at the beginning of their professional careers (circa 1998). Shortly after the group ended (in the year 2000) Vice, Prolific and Big Zoo founded the End Of The Weak (EOW), a legendary hip-hop showcase and emcee competition, the EOW emcee challenge. As a host, curator, and innovator Vice (along with his EOW family) helped introduce the world to such notables as Immortal Technique, NEMS, Justina Valentine, Jin, and many more.

Sara Diamond – “Not All Fun Is Forever”

Sara Diamond helps close out this week’s visual list with “Not All Fun Is Forever”, a mellow ballad about fleeting love and the powerful emotions it can evoke. As expected, Sara delivers a soul-gripping performance ripe with soothing and alluring melodies. The visual is cinematic too and follows the ups and downs of two individuals in love and their somewhat sad tale.

The single is taken from her new project entitled SaraX EP. 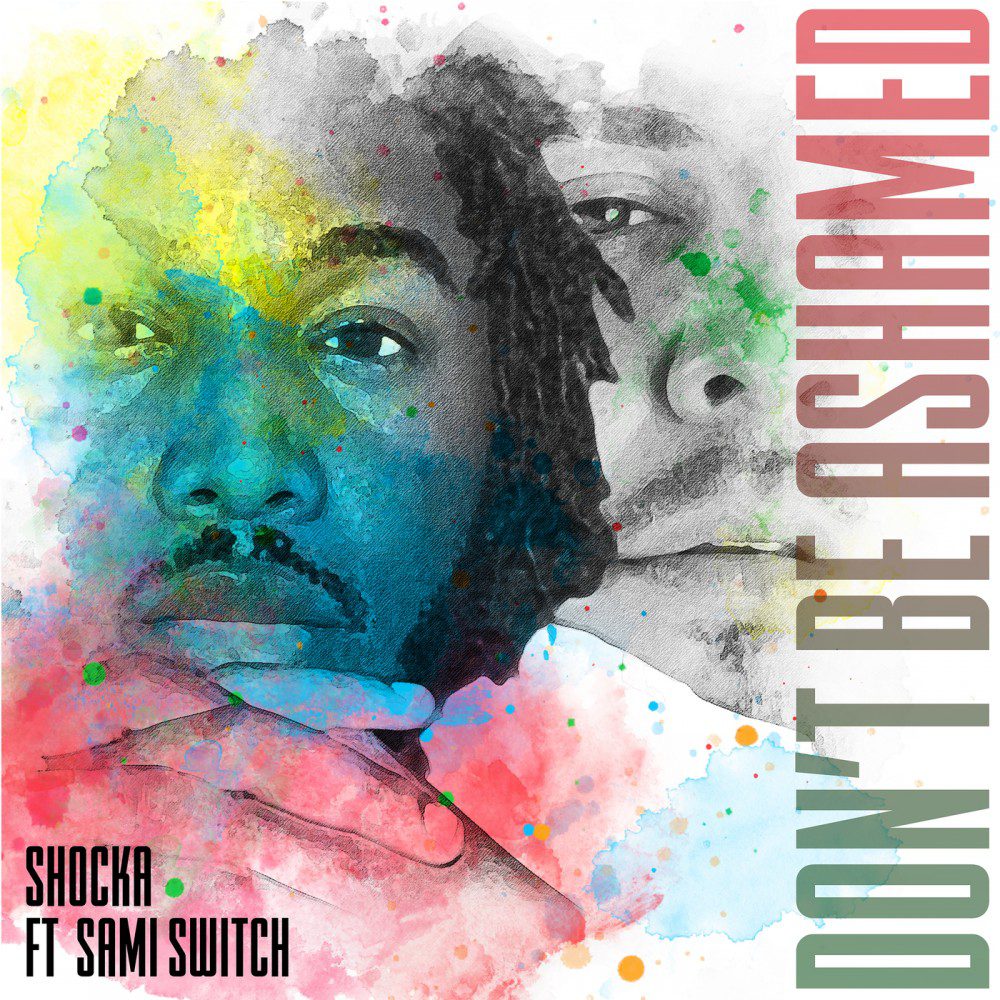 Tottenham, London rapper Shocka shares the visuals for his song “Don’t Be Ashamed” which touches on the delicate issue of mental health and awareness. Bolstered by the soulful piano-driven soundscape, he brings listeners closer to the mix of things with his evocative lyrics about being sectioned and its surrounding stigma which he feels society should do away with. He reflects on his own personal issues and how he had to face his inner demons to overcome them and gives listeners a nuanced perspective reminding us that we all have fears and insecurities so we are all in the same boat. He is joined by vocalist Sami Switch who adds a smooth melodic hook to the track.

After dealing with mental health issues himself, Shocka became a Mental health advocate, using his music to help those suffering from their own problems, speaking on a TEDx TALK, and being a guest on numerous talk shows in order to raise awareness. Interviews with both ITV and The Guardian see Shocka open up about his roots, purpose, and new-found lust for life, which couldn’t be more obvious on this new release.

Shocka exploded onto the Grime scene as one/third of Grime collective Marvell, alongside Double S and Vertex and going on tour with legendary grime MC’s Skepta and Chip.

Stream “Don’t Be Ashamed” on SoundCloud, Apple Music, and Spotify.

Schama Noel shares his own version of Jack Harlow’s “Churchill Downs and Dreamville‘s “Stick”. The result is Schama’s fiery lyrical display as he glides effortlessly over Jack Harlow’s smooth backdrop before raising the ante over the anthemic “Stick” beat. 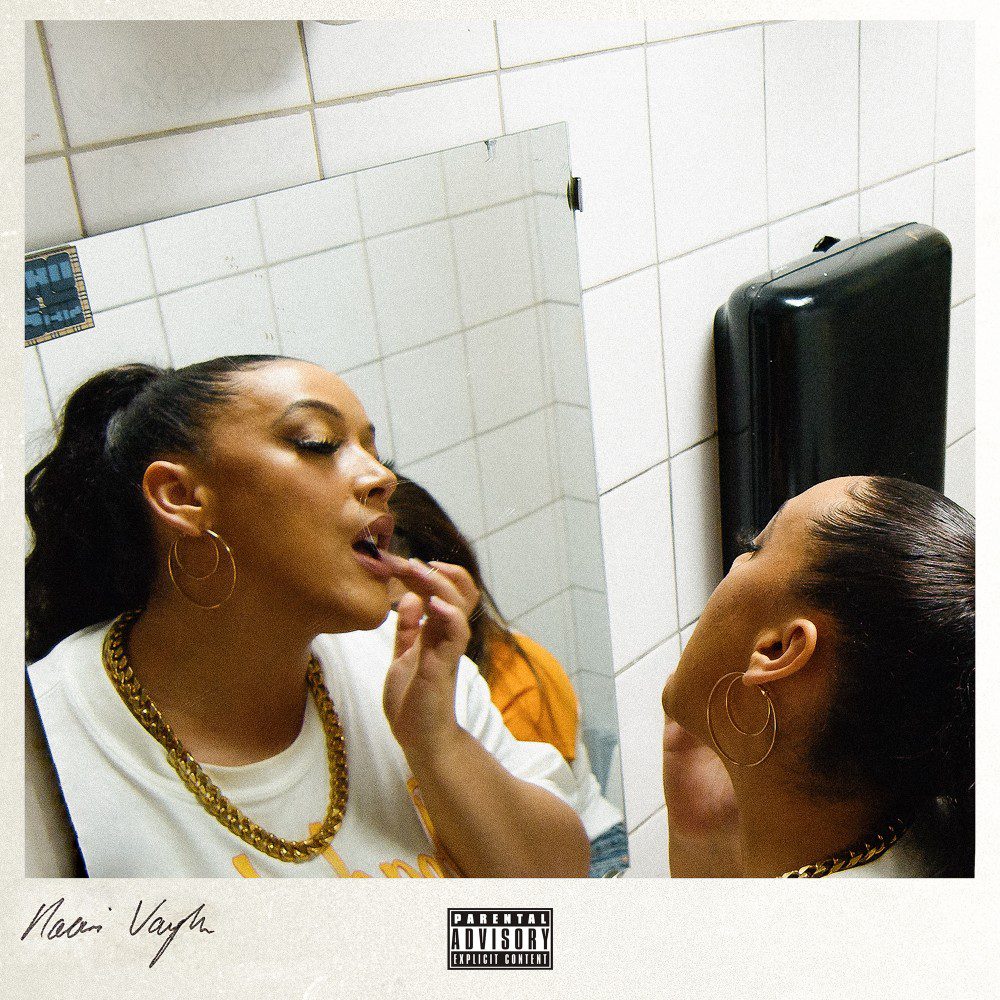 Emerging singer/songwriter Naomi Vaughn comes through with her new song “ye, aha”. The anthemic tune produced by Rikard de Bruin, showcases her commanding vocal tone and smooth melodic runs in all their glory and of course relatable songwriting. Naomi dwells on a situation where she is feeling out of place at an event and she just wants to leave without anyone finding out. It’s quite relatable and her candid and unapologetic lyrics do add an interesting flair to the track.

“ye, aha” is Naomi’s newest release from her forthcoming EP and the follow-up to her singles “Paper” and “Morning Cartoons”, that was released in May.

Naomi Vaughn is a contemporary R&B singer-songwriter from Stockholm, Sweden. She made her debut to Parlophone/ Warner Music Sweden and YouMeh/Warner Chappell Music in 2022 with the re-release of her singles “Paper” and “Morning Cartoons”. Keep up with Naomi Vaughn | TikTok: Spotify: Instagram 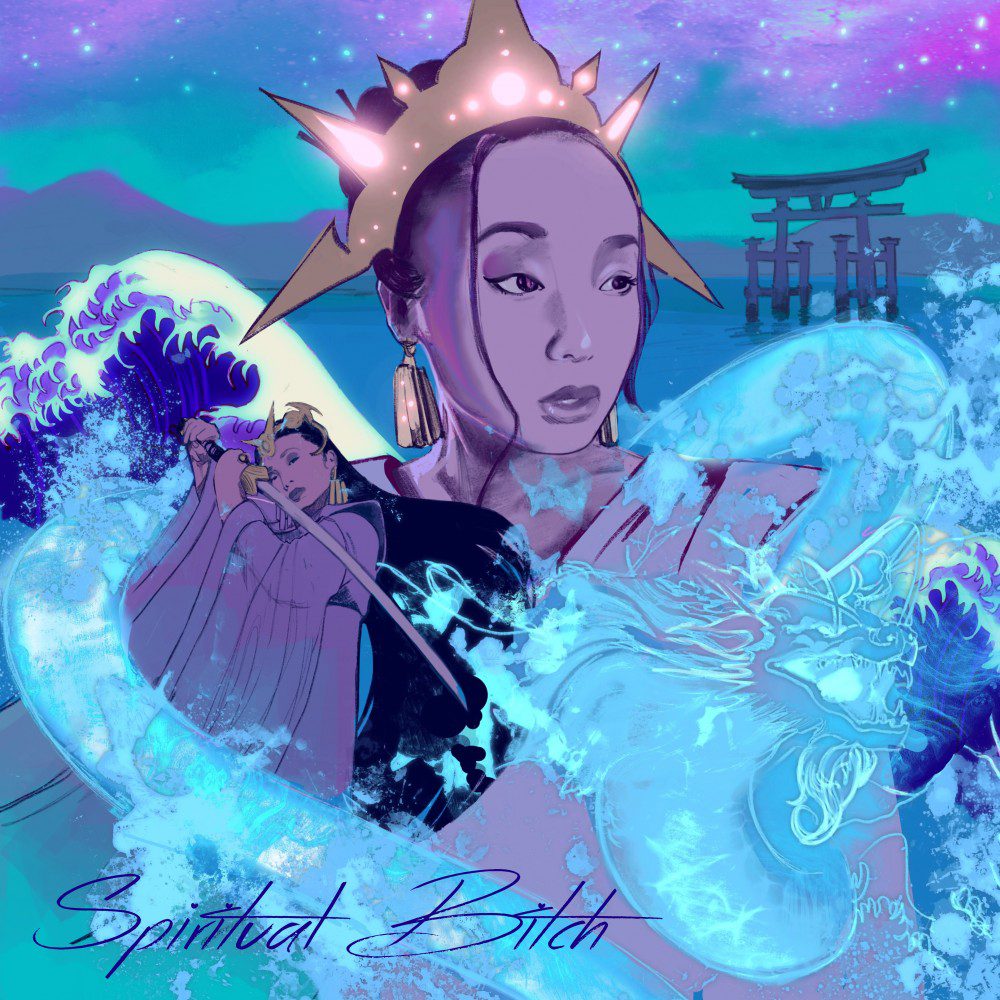 Japanese hip-hop pioneer COMA-CHI teams up with Brooklyn, NY rapper/producer MeccaGodZilla. for a 3 track project titled Spiritual Bitch. The project bridged the eclectic Japanese culture and tradition with the edginess of hip-hop and a healthy dose of spirituality. Produced in its entirety by MeccaGodZilla, the project sure packs a punch with its off-kilter, experimental sounds and COMA-CHI’s unapologetic lyrics and commanding lyrical presence. As the title suggests, it fuses two seemigly incompatible elements to express the strong, fierce, and spiritually discerning heart that women can embody as they continue to navigate an ever-changing, and sometimes toxic, male dominated world.

The opening record  “Watch Your Mouth” shares gems of the ancient Japanese motif of “Kotodama (言霊)” and the importance of women protecting one’s heart from the negative words of others and breaking the chains of self invalidation. Over the moody and cinematic backdrop laid before her, she holds down the fort with her vivid lyrics and weaving both English and Japanees, she connects two worlds in her own unique manner. On “Paper Doll” she slow sit down with a somewhat hushed melodic flow and reflective songwriting about self discovery and taking that step towards one’s goals as a continous journey. The final track “Astrology Rap” has an atmospheric aetshteic with the energetic synths and rousing drum patterns while COMA_CHI deliver upliftingand encouraging bars using Astrology as a reference point.

The lead single “Watch Your Mouth” was 1st released as NFT in the Metaverse via DAO Records on May 25, 2022.

Rising Milwaukee based rapper Protegé drops a new touching video paying homage to Father speaking on the future road of parental guidance and lifelong support in molding a model citizen. 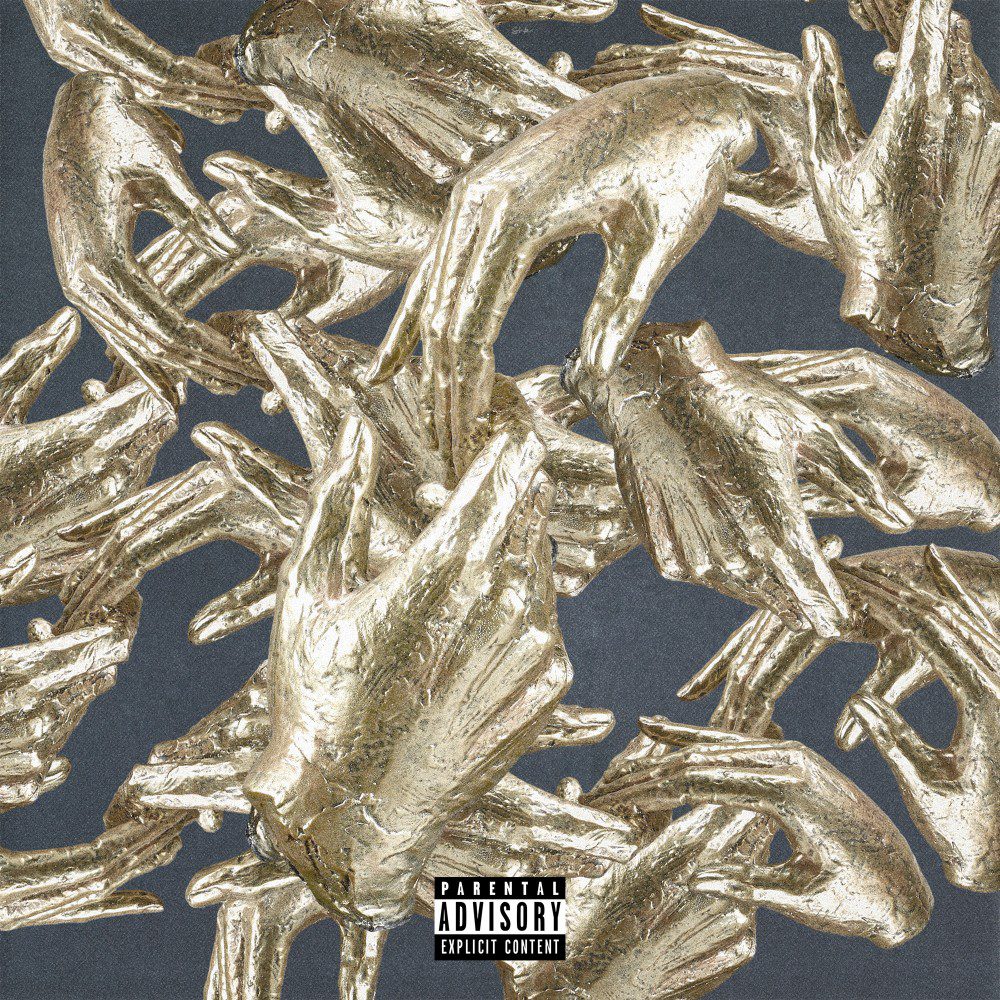 “Paper Plates” is the first cut on deck and it’s a lyric dense record that displays his lyrical prowess. Over a punchy and somewhat moody soundscape, he proceeds to destroy the mic with a stylish flow and vivid rhyme schemes with some elements of bravado which serve as the perfect introduction to the rapper’s style. The track is the first record of his new LP.

“Loser” sees him teaming up with  Young Wabo for a reflective and soulful collaboration. The production has a solemn and somewhat reflective aesthetic and Goldmine sure feels at home. His rhymes are sharp, lyrics are candid and somewhat carefree. Young Wabo also comes through with vivid lyrical imagery.

Both tracks are taken from his new self-produced album entitled Secret Handshakes.

Goldmine is a 21 year old independent rapper and producer based in West Philadelphia. He frequently collaborates with other rising Philly artists and has performed at various shows and festivals all over the city. He makes heavy beats with sweet, technical production and then adds his bars which never fail to impress. Goldmine’s goal is to continue rising as an artist and also place beats with other artists as a producer. His catalogue includes the high-energy banger “Rocky”, The Precious Metals EP, and his new album Secret Handshakescomes out June 17th. 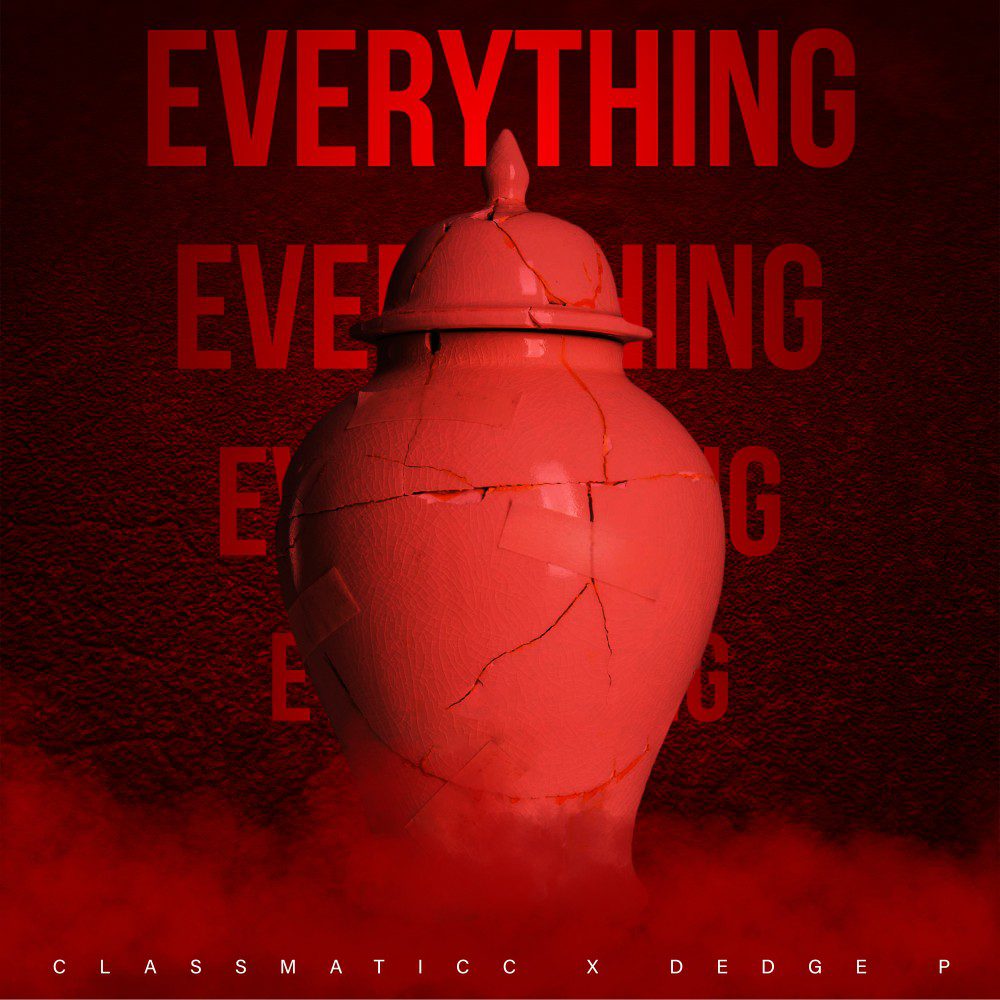 Emerging rapper Dedge P drops new single “Everything” which sees him collaborating with Classmaticc. The track has a lush piano-driven backdrop that exudes nostalgic vibes that work perfectly with Dedge P and Classmaticc’s reflective and candid lyrics about their experiences in this unforgiving world. They both dwell on the craziness and remind us that remembering God and keeping the faith was what pulled them through.